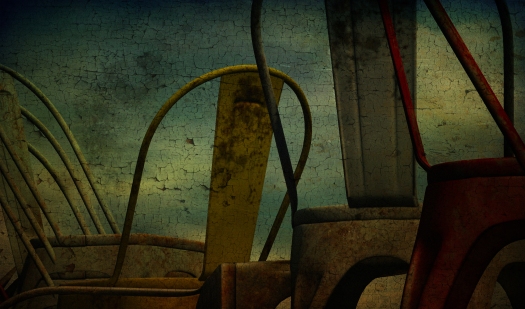 Furillen moved into a new region this week, so if you haven’t done so already, reset your landmarks to here. The move was simply a question of giving ourselves more scope to expand, with more prims to exploit (20,000, rather than 5,000), and for events, a higher avatar limit (100, rather than 20). Having ‘relaunched’ Furillen in early January with a major new layout including the hotel, fishing huts and pergola on the hill, I resisted the temptation to make further changes now. So the sim was simply replicated, and for a few days I had a the slightly bizarre experience of teleporting between two sims that were exactly the same … so much so that at once stage I began putting things back at the old sim, mistaking it for the new one.

There are, of course, some very small changes, but you’d need to have quite an eye for detail to spot them. No doubt somebody will!

The first priority is to close La Digue du Braek. I won’t be writing sad epitaphs for the sim, and we won’t be holding a ‘goodbye Digue’ party, as SLers are sometimes wont to do. Digue started quietly and it will end quietly (and we’ll be stealing bits of it for Furillen). The Flickr pool speaks for itself : well over a thousand pictures from 241 members in less than three months.

I always wondered about how the two sims would interact, and it was fascinating to watch. For a while we thought that Digue was going to overtake Furillen and it would be the latter that we’d have to close … but Furillen has an incredibly dedicated following, and for whatever reason the sim appears to draw in a steady stream of visitors who stay at the sim for long periods of time, day in day out. So when it came to deciding which sim to let go while we ‘re-allocate’ resources, it was a no brainer.

Furillen has changed a lot during the seventeen months of its life. It appeared quietly, with no big announcements, and grew partly because of the incredibly strong Flickr group – great photography is still a major feature of the sim, and the flow of pictures has never dried up. Then there have been popular (and, in their scale, quite unusual) events – weekends devoted to Bowie, Radiohead, and Pink Floyd when the entire sim was transformed, and the recent Star Wars rebuilds we staged over the winter vacation.

An important truth about these events was that I like building and designing sims best of all, so any excuse to rip things up and rebuild is welcome. I don’t see the point of having a sim and just letting it stand, unchanged …

There were photo competitions, parties, and a bar – all great fun, but they involved more work than I can realistically do given my real life commitments. So, more recently, Furillen has settled into just being itself, and I must say that I like it best this way.

Having said this, we all like to tinker and the sim will doubtless see more changes in the coming months, and – quite possibly – more events. We will see …

So once the last rites have been read and Digue has been closed, we’ll be messing about in the sky above Furillen and coming up with something that will enhance the sim as an interesting space to hang around, explore and enjoy art, culture and the company of others.

And if it sounds as though I haven’t much of a clue about exactly what we’re doing up there, you’d be absolutely right …

And I thought we couldn’t top the Floyd week … 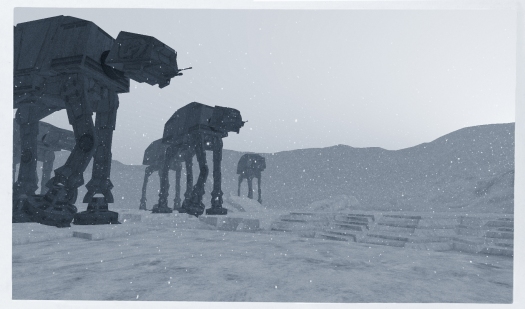 The sim just had its biggest ever make-over for an event – over the weekend I started completely from scratch in order to replicate Hoth, the ice planet that features in one of the strongest movies of the entire franchise, The Empire Strikes Back. It’s Furillen’s way of celebrating this week’s release of Rogue One, which looks like being a classic. Instead of Furillen’s iconic buildings, its pier and distinctive tree-line, the sim is now a barren icy waste, as impressively massive AT-ATs bear down on the vastly outnumbered rebel base. Here is the scene from the movie …

Everything I have placed at the sim – the massive walkers, the ice cave where you land, the figures in the base and the flying ships in their hangars and high up in the sky – is relevant to this movie and the scene it depicts, the assault on Hoth. I have even been careful with the layout, using this map (flipped over, left to right) to decide where things should be …

There is also a soundtrack to suit the new design – seven hours of music from the movies. It’s an evocative place, and even if you are not a Star Wars fan, do visit because the sense of space is typically Furillenesque.

There was an invasion of Star Wars-themed avatars the moment the sim re-opened on Sunday, with plenty of storm troopers, wookies, R2D2, C3PO and the rest, making a great scene. I will post more pictures from the sim later on this week, and visitors will surely make their own.

This one was hard work, although I enjoyed every minute, so I won’t be reverting the sim to its usual shape for a little while yet. But, as always, once the new design is gone, it will be gone forever … so catch it while you can.

The Pink Floyd event will be closing on Sunday – it was a genuine pleasure putting this together and I really enjoyed the pictures that were made by the many visitors who came by. Thanks, too, for making donations during the week that have enabled me to settle tier into September. Please keep donating, and keep the sim open.

We’ll be selecting the best of pictures from this event and making them into an exhibition – details will emerge in due course. There is still time to take pictures that could be included in this show – and go here for details of a picture challenge I issued earlier.

The Floyd @ Furillen exhibition will be on the lines of the “Furillen at its Best” show that has been hosted at Mareea Farrasco’s IMAGO gallery. This closes on Wednesday 20 July with a party …

As an event that really transformed the sim, Floyd @ Furillen will be tough to follow, but I have some ideas and will work on these later on this summer. I hope we’ll have one or two new buildings by then, too.

One very successful new building that was set up when the sim re-opened in June is the gallery situated on the sim’s southwest corner. So far this hosted shows by Laura and Gabrielle Swindlehurst, as well as an exhibition of Pink Floyd album covers.

The next show, opening imminently, will feature work by Ini Inaka. For me, Ini’s work speaks to some really personal questions in a very striking, distinctive and original way. So I’m very excited indeed to be hosting her work at Furillen.

Ini’s pieces will be for sale throughout the exhibition, which stays open until September.

To accompany the photo challenge I issued here earlier on, I’ve put on a quick exhibit of Pink Floyd album covers in the gallery space on the southwest corner of the sim. Check it out – Floyd’s album art has always been spectacularly good.

I haven’t been around at all in SL this week, but have enjoyed seeing the great pictures that have been taken of the Pink Floyd installation at the sim – and I have been posting them here in picture of the day batches. I have also noticed that visitor numbers have remained high.

So … rather than taking the installation down today as I had originally planned, I have decided to leave it in place for one further weekend. After all, nobody is screaming for me to remove it (not that I would care all that much if they did), and once it’s down … well, it’s gone forever.

Make a Pink Floyd album cover using something from the sim as it now stands. It MUST be a picture based on or recognisably inspired by an album cover – don’t just post something Floyd-related, that won’t do and will be rejected.

The prize is a piece of Dave Gilmour’s hair and some pollyjuice potion. [warning: that was a joke – he hasn’t got much hair …]

This was Dave Gilmour at Pompeii just a few days ago.

I’ll be closing the Pink Floyd installation down as we approach the weekend, so here is the final batch of pictures. As ever, visitors have produced some outstanding images during this event ….

“Shine On You Crazy Diamond” 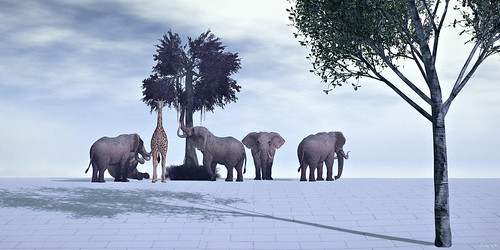 “Another Momentary Lapse of Reason” 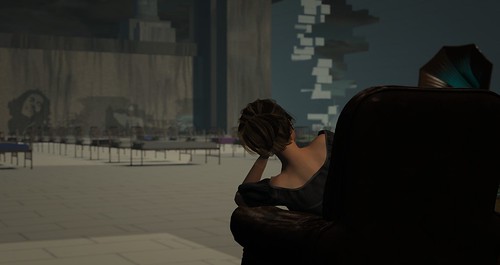 “Give more music. And more… and more.” 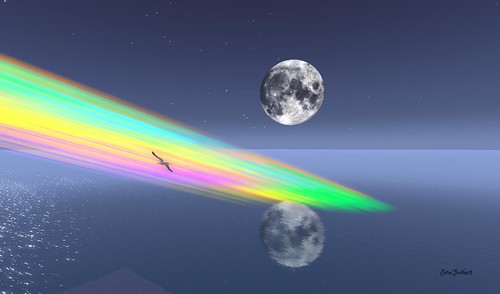 “wish you were here” 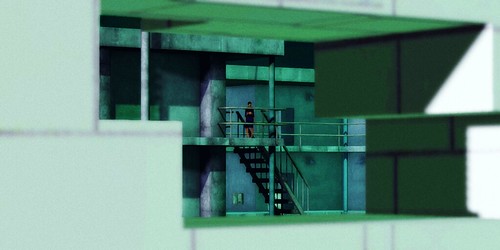 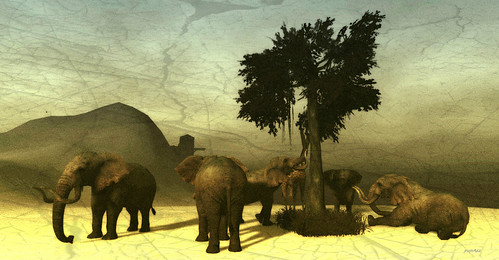 “A Momentary Lapse of Reason”

“I’ll see you on the dark side of the moon…” 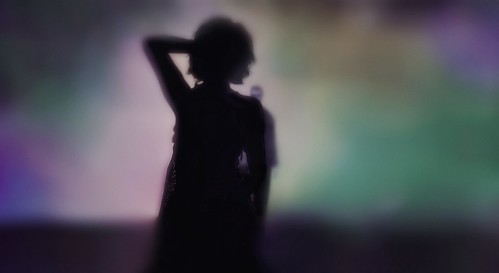 “What do you want from me” 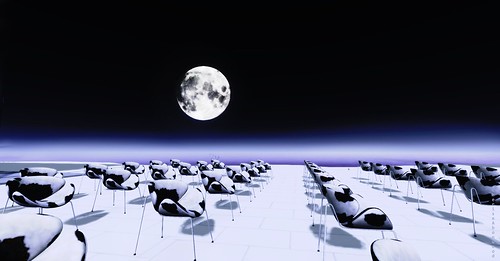 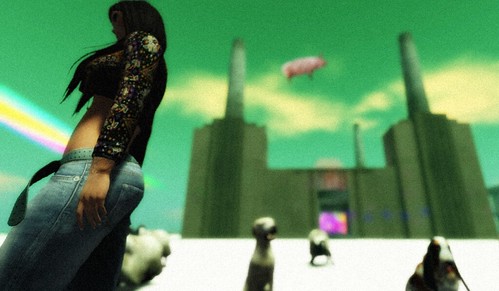 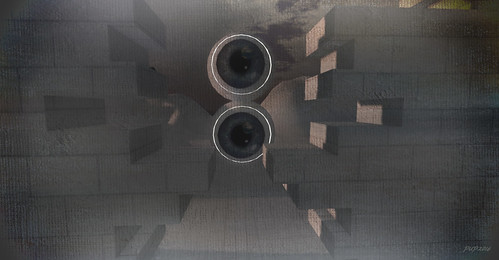 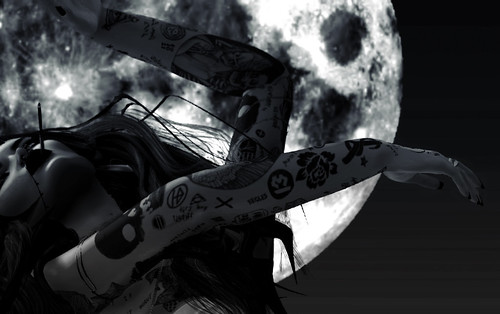 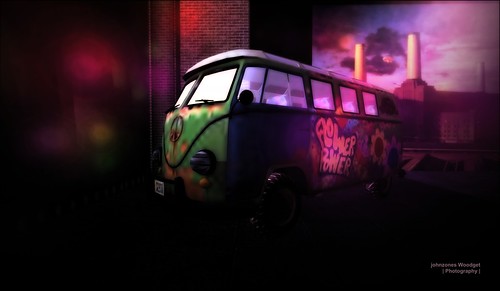 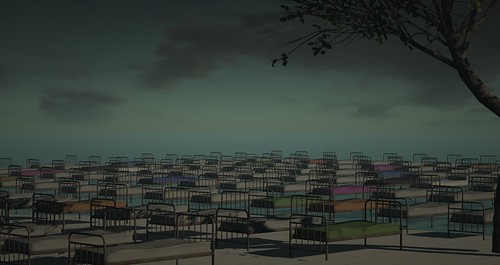 “Furillen with Pink Floyd in the air”