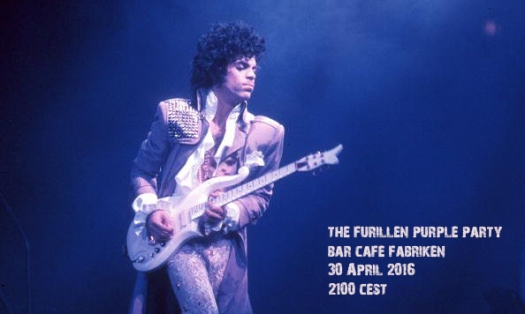 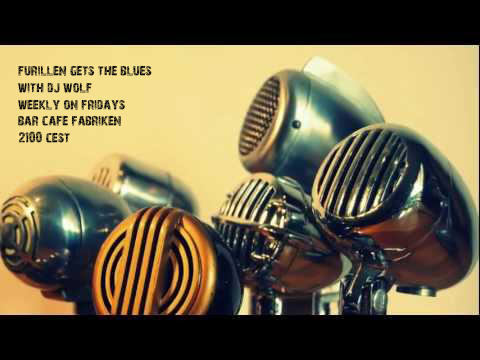 In 1995, Prince agreed to be interviewed by the BBC. He laid down just two conditions:

Here is the result. Priceless …

I’ve been hugely busy in first life recently and unable to say much on this blog – no doubt you are all thankful for this! With another complicated week ahead, I’ll be brief with this round-up of Furillen news.

First: the beach party came and went, with a great set-up put together by Micky and yours truly trying out Virtual DJ for the first time. It was a surreal event, with Scandinavian palm trees and cats in rubber duck swimming rings … 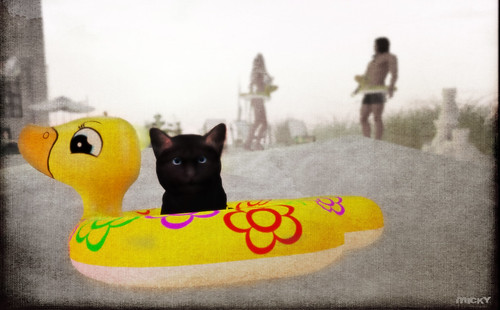 Second: we nominated three winners of Round 5 of the Furillen Photography Competition. You can see their pictures upstairs in the gallery of Bar Cafe Fabriken. Congratulations to them!

Third: mark down 2100 CEST this Friday, 29 April, in your diaries as our first regular blues night at Fabriken. This ad says it all …

Finally: mark down 2100 CEST  this Saturday, 30 April, in your diaries as the moment we’ll be turning Furillen purple in honour of Prince …

I’ll be providing the playlist and taking requests before and during the event for your favourite Prince tunes. In addition, a slideshow of pictures spanning the career of this incredible musician will be installed on the sim – along with one or two bits and pieces of Princely stuff.

In anticipation, I’ll leave you with this little acoustic gem … 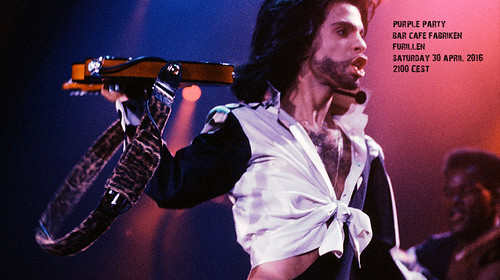 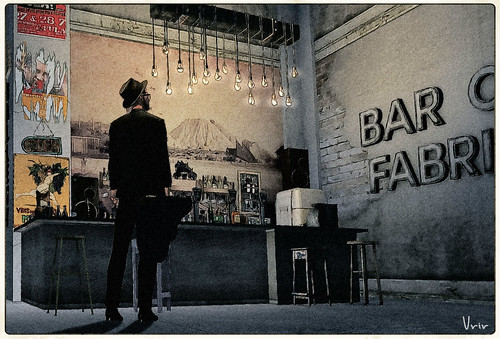 “No Parking on the Dance Floor” 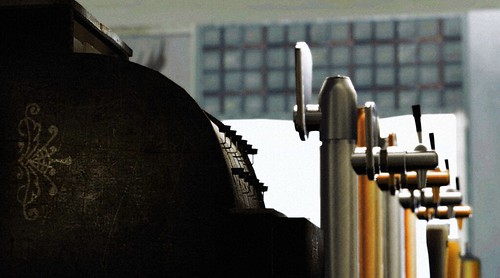 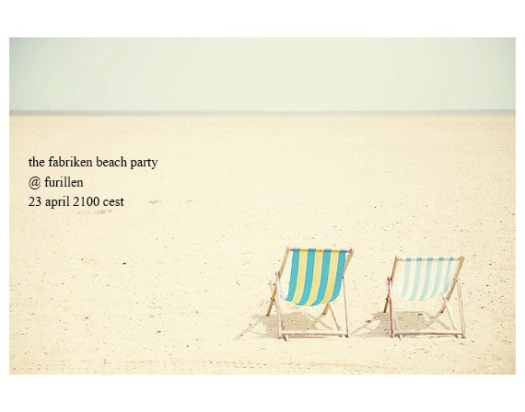 The deadline for Round 5 of the Furillen Photography Competition is on Friday: 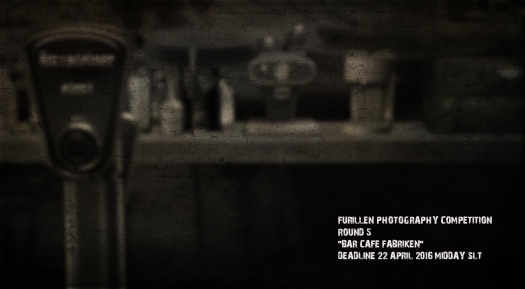 Entries to be submitted here.

I thought the opening of the latest sim addition, Bar Cafe Fabriken, would be a good angle for some stories about music and what music means to us. I would love to hear others on that subject as well! What does music mean to YOU, what role plays it in your life?

Let me start with my “musical history”. I grew up with music. My dad played the guitar and my mom the zither, rather folkloristic and not really the type of music I liked later on, but back then in toddler times any kind of music was welcome. I learned early that making music was something enjoyable, something that gave people a sort of togetherness and seemed to make them happy. Some of my dearest childhood memories are about hiking trips with friends and family which always ended in sitting around a campfire with my dad playing the guitar and everyone singing.

When my mom would prepare lunch, she always put on the radio. One of those old things that took ages to warm up before you heard anything. And then she would cook and sing along to the old easy listening tunes. (Maybe that’s why her meals always were delicious.)

I got toy instruments all the time, my first was a clarina:

And my fav one was a toy piano:

Not to forget my tin drum of course that really drove my mom crazy!

I started to learn piano and guitar quite early after the obligatory year of horrible recorder that about any child back then had to go through. But becoming a teenager I lost interest in practicing and would rather spend my time with other things. My dad tried to make me stick to it, forcing my ass down on the piano stool, but after some months he gave up on it.

It was later on as an adult when I picked up my guitar again, and even sat down at my piano again. This time playing what I wanted and not what some teacher would force me to practice. I never had the ambition to become a great classical pianist, practicing Bach, Chopin and Beethoven for hours was not my thing. I rather wanted to be able to enter a bar, sit down at the piano and play some jazzy tunes.

And then one day after work I happened to enter a hotel bar in Munich with some friends, and there he was, an old guy, sitting at the piano, playing just like I would have loved to be able to. He sat there, wearing a hat, talking and laughing with the people while he played. I was fascinated and asked the barkeeper about him. His name was Simon Schott, and he was a quite famous bar piano player.

He seemed a very interesting person and I wanted to get to know him. I kept coming back to that hotel bar (where he had played for over 30 years), standing by the piano, talking to him, listening to him play about any request he got (he had a repertoire of more than 2000 songs), always with a smile on his face.

One day I invited him for dinner and he told me about his more than interesting life. After WW II he played in Paris for Rity Hayworth, Humphrey Bogart (“He didn’t really like his movie ‘Casablanca’ you know, he never asked me to play ‘As time goes by’”) or at private parties of Coco Chanel. He played at ‘Harry’s New York Bar’ and knew people like Jean-Paul Sartre, Ernest Hemingway or John Steinbeck. He was also a writer, he gave me two of his books back then, one about his life and the other one about how to play bar piano, both very interesting reads. He died at age 92 and had played in that hotel bar nearly till his last day.

Here’s a clip about him:

I really liked that guy, and he inspired me a lot to go back to playing the piano. I will never master that instrument, but it is a great way to relax, to soothe my soul, and if I finally succeed in playing a piece I’ve been practising forever, it gives me satisfaction and the feeling of “yes I did it!”.

Music has always been an important part of my life, and I am happy I can play some instruments, even if just good enough for domestic use.

And finally for your listening pleasure, here are two of my favorite piano pieces to play:

Here goes with quick round-up of news from Furillen …

First: As you’ll know from previous posts here and here, Bar Cafe Fabriken is up and running and held its first event, a Blues night with DJ Wolf Austrone, last weekend. I’m very pleased to announce that from 29 April, Wolf will be playing a weekly set for us: every Friday, 2100 CEST.

It’s in keeping for the bar at Furillen to be holding such a regular event, and we are incredibly lucky to have such a good in-house DJ playing music that suits the ambience. As those who heard his set on Saturday will know, Wolf specialises in playing requests, so it’s a good time to brush up your Blues knowledge and throw him some suggestions when the time comes.

Second: We won’t – of course – just be playing Blues at Bar Cafe Fabriken (although this does make a change from the forced diet of House music I feel that I’ve been given over the years on the grid). On 23 April, we’re planning to hold a beach party at the bar, and will be putting a suitable playlist together – which will not only be ‘retro’ – for the occasion. We’ll be giving out more details of this event during the next few days. 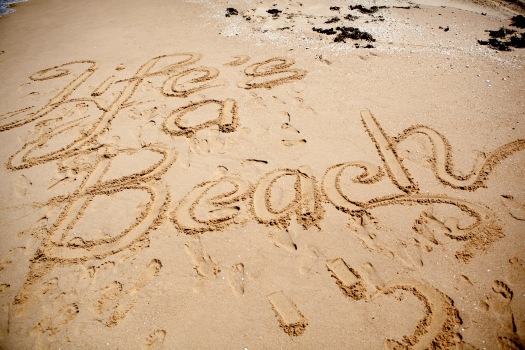 Third: Looking further ahead, there will be some larger events at the sim – spectaculars, along the lines of the Bowie and Radiohead weekends. The two ideas I am focusing most on right now are a Bond weekend, and a Pink Floyd weekend. These events take up a lot of energy and planning, but watch out for announcements in the next week or so. To put you in the mood, get some of this …

Fourth: The Furillen photography competition goes into Round 5. The last round did not have a big entry, but the quality of the albums entered was very high indeed, as you’ll see this week on this blog, where two have already been posted – here and here. Each round has a different focus and feel. Details of Round 5 are here – I hope to see more entries this time, but we’ll welcome whatever comes in.

Fifth: New buildings are in the pipeline, courtesy of our builder, KT Syakumi, who made Furillen’s pier. Incidentally, KT has acquired a spectacular new PC, on which she is beginning to show off her skills as a photographer. Keep an eye on her flickr stream – and look out for the exhibition of her first life photography that we’ll be holding at Furillen in the next couple of months.

Sixth: On that very note, we are about to launch a new series of exhibitions of photography and art with a first life connection. These will consist of ‘real life’ photographs taken by Furillen regulars; pictures that explore the relationship between the two worlds; or art – painting, for example – from first life. This is an open-ended series, if you’d like to take part and believe you have something to offer please do get in touch. Given Furillen’s real life connections – after all, they tried to close us down because of them, haha – I think the sim is a good place to explore this theme.

Seventh: Laura has put together a new room to replace her fantastic yellow room, which attracted some great pictures. I’ll be posting some pictures of the room in due course, but check it out and take some yourselves …

Well, almost … before I go, here is a clip from last night’s Muse set in London. It was a spectacular show, although Muse are somewhat ‘corporate rock’ these days. Their drones really do fly, and I’ll be popping back to the venue tonight to see if I can figure out how they work. Footage will follow!

As usual, they closed with Knights of Cydonia. I didn’t take this video, I was standing in GA, second row. Not being crushed this time – Musers are way too polite to mosh …