When we closed the Isle of May in June we promised ourselves that we would try designing a winter version later on in the year to see how it turned out. Having worked on the sim for a couple of weeks, we rather like it, and so today it opens to everyone – here is your landmark. As usual, it won’t stay open for too long – think of it as our ‘festive’ sim – so make the most of it while it lasts.

The Isle of May was always a special sim to us, it seemed to have a magic all of its own. When the sim opened on 16 March 2018, we were pleasantly surprised by the enthusiasm shown by visitors. The Flickr stream grew fast, with around 350 pictures posted in the first week alone. As comments in the sim’s guestbook testify, our first ‘pastoral’ sim – a contrast to some of the more desolate landscapes we’d made in the past, such as Furillen and (especially) Khodovarika – struck a chord with its spectacular views and abundant wildlife.

But we always wondered about this place in winter, fully exposed to winds from the North Sea, bitterly cold, and covered in snow …

What we were hoping to create is something wild and untamed: less desolate and abandoned than Khodovarikha, or even Furillen, but still a place where you’d feel the wind and snow hurting your face, and the cold gnawing away at your insides. We imagined a roaring sea, with north-easterly gales blasting onto isolated beaches.

In real life, this would surely be a thoroughly horrible place to be for all but the most masochistic lover of raw nature.

But in Second Life, such places can be wonderful, and surely a contrast to sunnier beaches or even some the cuter, picture postcard versions of winter we are used to enjoying on the grid over the Christmas weeks. So we have not compromised: the Isle of May in winter is brutal and unforgiving, dark and forbidding.

And yet … this is a nature reserve, where 285 different bird species have been recorded. The Isle of May is especially noted for its puffin colonies, crowds of angry cormorants and hungry gulls, guillemots, herons and cranes, as well as a variety of birds such as ospreys, crows, ravens, bats, pheasants, eurasian jays, magpies, starlings, blackbirds, blue tits, sparrows, woodpeckers, owls and – of course – robins. You will find all of these on the sim, as well a few hardy black-faced sheep huddled close to straw bales, a small raft of otters, some goats, wild rabbits (yes, rabbits are abundant on the real Isle of May!), and a family of deer – all braving the cold and fighting for survival …

As always, we have paid close attention to the sim’s soundscape. In this instance, I added original sound files to the cormorants, egrets, cranes, herons, common murres and geese. It makes for quite a cacophony at certain places on the sim, as indeed it would in real life.

Out in the bay, you should be able to spot the beautiful orca, and if you listen closely, you will surely hear its wonderfully plaintive cry. You might also notice the mother and baby dolphin. Dolphins are quite frequently seen from the Isle of May, and I was somewhat surprised to learn that they do not migrate, although realistically, I doubt they would be seen in water this cold!

In addition, besides the sea birds that we believe would still inhabit the island even in deepest winter, you will also find seals and seal pups, for whose protection the Isle of May is officially closed every year from 1 October until Easter.

We did take some liberties when putting this version of the sim together. For example, we introduced a small wolf pack. Surely there are no wolves in Scotland? Correct – not since the eighteenth century, it would seem – but we placed this group on the sim as a hat tip to a landowner called Paul Lister, who wants to reintroduce wolves – safely behind fences, I hasten to add – to the Scottish highlands. I have no strong views about Mr Lister’s plans, but love hearing the howl on the sim. Just pity the poor sheep, grazing within earshot …

We’ve taken other liberties too. You’ll also see an arctic fox flitting in and out of its den. Why? Because this beautiful animal once thrived in Scotland, and although you can only see it in the Highland Wildlife Park these days, I find it fascinating to imagine times when species such as arctic foxes – and, indeed, wolves – were plentiful in the Highlands and Islands.

In any case, our Second Life version of the Isle of May was never an exact replica, indeed as we always made clear, we were hunting for the spirit of this place more than a literal representation – our own ‘true north’, as it were. So our island was inhabited by more than just the nature wardens – a lighthouse keeper, a house owned by an artist, and a smattering of smaller buildings around the periphery probably hosting holidaymakers. Previous visitors seem to have enjoyed these signs of human life, and we have continued many of them – the main house, the lighthouse, and so on – here in their ‘winter coats’.

Some buildings have changed – e.g. the fisherman’s hut – or are new. We couldn’t resist placing a ‘real’ church just beyond the ruins of the old St Adrian’s Chapel. This is the delightfully creepy ‘Church of the Damned’ by Schultz, which sits gloomily under frozen oak trees, guarded by those wolves and some ominous bats.

As for music, I have re-introduced the Furillen radio stream – consisting of around 70 hours of ambient music on random rotation – which many visitors have enjoyed in the past. Here are some tasters from the stream:

Finally, a quick note to photographers. We know that snowfall can make picture-taking a little frustrating. At the same time, we wanted to make the experience of being on the Isle of May as immersive as possible, so make no apologies for the fact that visitors will find snow all over their screens, and their view into the distance obscured. However, we will be switching the snow off on some days. But enjoy the challenge, too – snow shots can be incredibly atmospheric … we believe in you!

As ever, please enjoy what you see and ask for nothing more, just as we ask for no donations or membership fees. There are no rez rights. Why? Because we wanted to use every last prim to make the sim as good as it could be.

We love this place and thoroughly enjoyed putting it together. But whatever you think about it, and wherever you spend your time, have a happy winter! 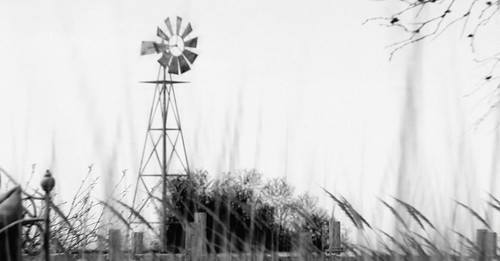 We opened Black Bayou Lake on 9 October 2018, and having originally planned to keep it open for about one month, feel that the time has come to move on. The sim will therefore close on Friday 23 November 2018, so you have a few more days to enjoy it.

Black Bayou Lake has been popular, perhaps a little bit more than we expected. The Flickr group is now approaching a thousand pictures. As I said in my last post, we really enjoyed seeing now various photographers imagined the sim, indeed this is one of the most intriguing and satisfying aspects of sim design. There are many highlights which demonstrate great variety in how you saw this place. 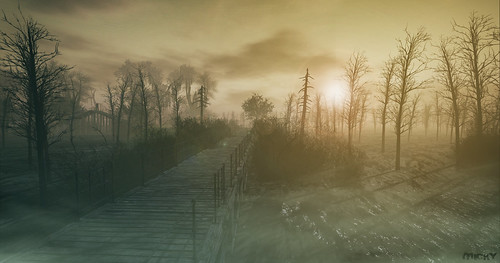 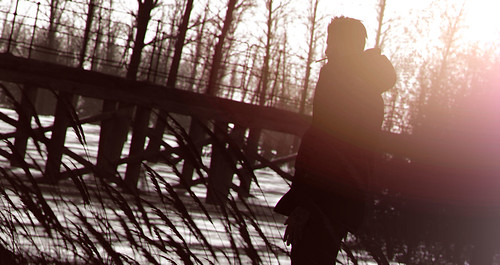 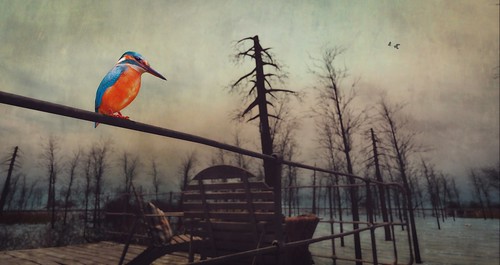 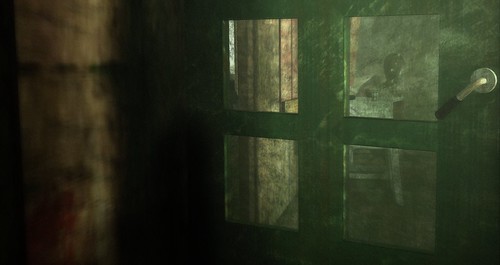 We also wanted the visit to be immersive, and were pleased to note several of the reviewers commenting about exactly this. As noted in my last blog, and as some entries in the sim’s guestbook confirm, we were especially pleased when visitors who have actually been to this part of the world ‘approved’ our attempt to recreate the Bayou in SL – given that we had only photographs and maps to go on. Finally, we always intend our sims to be places where visitors are not bombarded with greetings or requests for donations, and can just, well, hang out … and this is what seems to have happened for the almost two months we stayed open. 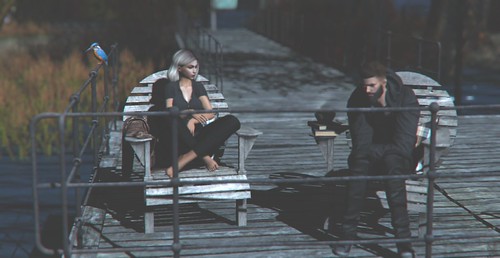 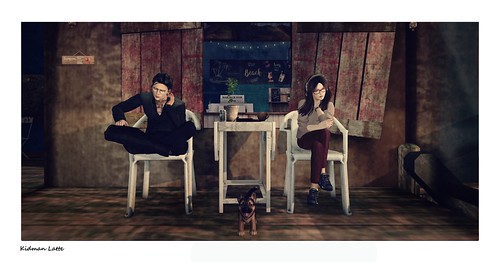 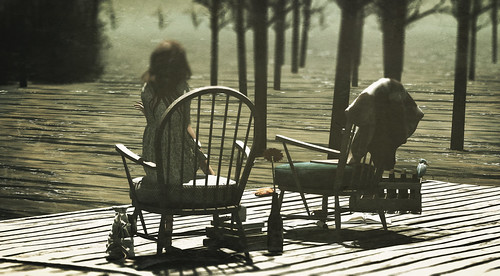 As I have said in the past, our plan now is to follow a pattern of old sim revivals mixed in with new sims. Besides Bayou, our ‘back catalogue’ of sims now includes Furillen, Digue, Khodovarikha and the Isle of May, and we think they all merit the occasional return with improvements, variations or second thoughts. Our last revival was La Digue du Braek, which re-opened for a month or so at the beginning of 2018. We will surely do a ‘Version 2’ of Bayou in due course, and have some interesting ideas for brand new sims that we will follow up in 2019. But for the time being, we have another revival in mind.

So … watch this space.

It may come sooner than you think.