In case you are interested in the Radiohead event that will take place at selected record stores worldwide tomorrow, fresh details – together with a list of participating stores – can be found here. This, you may recall, is to mark the physical release of the band’s new album, A Moon Shaped Pool.

The gist is that there will be some live recordings from the three recent Radiohead gigs at London’s Roundhouse – I attended them all – plus some other music and artwork. If you happen to be passing a store, or work close by to one, this looks like something well worth going to.

Meanwhile, there will more Radiohead at Furillen. 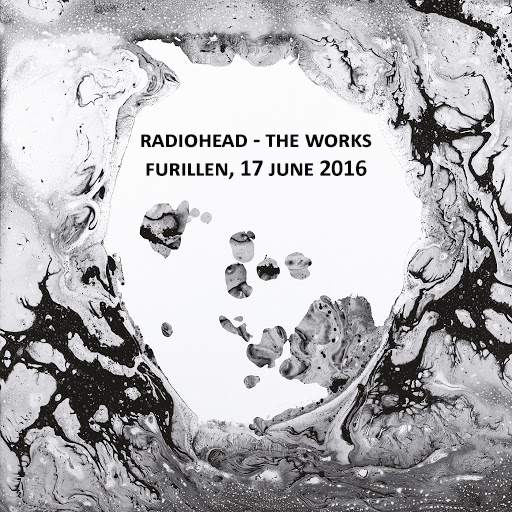 As mentioned earlier this week, I’ll be streaming the full set of Radiohead albums in order, on a playlist that is just over seven hours long. I’ll leave it looping for a day or so, so you can drop in any time.

In addition, there will be a slideshow of the artwork that has been released so far with this new album – and another slideshow consisting of around 400 pictures of the band that were taken throughout its history, starting in the late 1980s. There are some great pictures in the collection.

Finally, the exquisite Daydreaming video will be showing in the video room, which can be found in the hotel.

This is just my own small homage to a group of musicians that have – in my view – managed the rather astonishing feat of making incredibly relevant and challenging music for around a quarter of a century. Having just seen them live four times, I can tell you that they have lost none of their freshness and energy.

I was reading Mac Randall’s excellent history of the band earlier today, and rather liked this passage: