… and they also played …

They hate that song.

Yet Thom really nailed it, this totally wasn’t just a play through.

And then they finished with Pyramid Song …

… making this the setlist of the tour so far.

But in truth, every single song was a highlight.

I loved watching Jonny Greenwood, who spends much of the set making wonderful sounds in strange ways (e.g. a bow on an electric guitar – twice).

As for Thom – his voice is spot on, he seems on top of his game, he is full of swagger, and he dances like a man possessed. 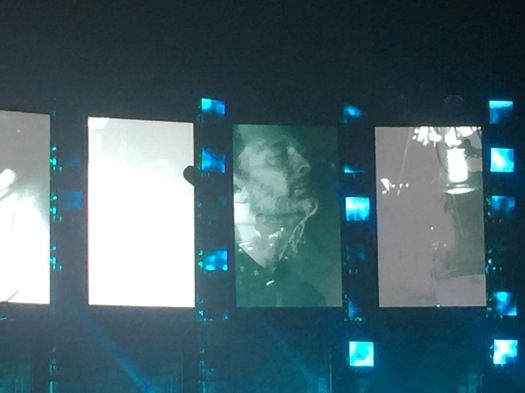 The other thing that struck me is how much this band’s sound can change from one song to the next, they are incredibly versatile.

They play in Paris again tomorrow, before beginning a three night London run on Thursday.

I will be there on Thursday.