The re-decorating at Furillen is coming together slowly – there’s no hurry. 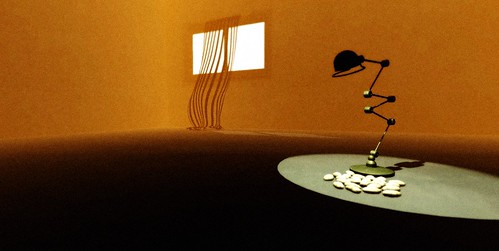 Situated on the south-western corner of the sim, this old harbour building will host some low-key exhibitions.

There is currently a brief slide-show of pictures from the real Furillen.

This is rather wonderful …

I liked this picture from Vallys, I hope she doesn’t mind me posting it here … 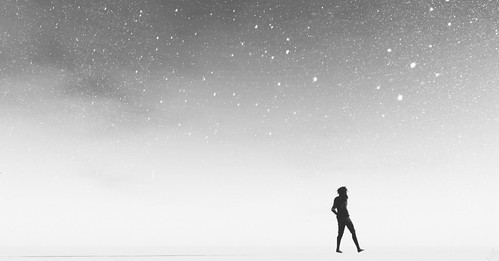 “Spacε.Sεε.Man is not lost in Furillen”

So what did I miss, that made me bring Furillen back for a while?

And what did I want to improve?

This was my fourth Radiohead gig in six days, and here is what I heard …

Some observations. Every time their performances seem fresh. Even songs they played every night, such as the first five of each set, are subtly different each time. I guess this is partly down to mood, partly to experimentation and development. These are new songs, so there was also a definite sense of improvement and growing confidence.

In contrast with a ‘polished’ band such as Muse, Radiohead not only vary the setlist quite a bit every night, but they don’t simply play through it as if they are pre-programmed. Between each song the band resets, they sometimes have a quick discussion, and the mood changes. It’s impressive, and makes every performance unique.

This is how those who attend every single gig on a tour can rationalise their dedication. ‘Not wanting to miss anything’ makes a certain kind of sense when every single night is unique, and in sometimes significant ways.

Perhaps for these reasons, there are always one or two screw ups at a Radiohead gig. Tonight’s happened during Giving Up The Ghost. During the initial “don’t hunt me” looping, someone in the audience screamed so loud – thankyou, audience member – the looper captured it and started playing it back, it became hilarious to the point that Thom started over after saying ‘luckily we have a machine that can erase you’ and started playing again but this time he was out of time and eventually he gave up. It was funny, but also frustrating, because it’s a great song.

So my Radiohead week is over. There are plenty of highlights – the thrill of hearing them soundchecking Burn The Witch outside the Zenith in Paris, the performances that same night of True Love Waits and Creep, the performance of Exit Music at the first London gig, of Glass Eyes and Street Spirit at the second, and Like Spinning Plates at the third, the list goes on …

The buzz around this band is huge. As always, hype brings bullshit, and in the third London crowd there were a few people who seemed simply thrilled to be part of a ‘happening event’ without especially caring that they were watching Radiohead play. This is surely not what the band would have intended. I watched each gig from the second row of the pit, so didn’t have to suffer from such people screaming in my ear.

When Radiohead first announced they would be playing at the Roundhouse in London – a venue that holds only 3000 people – I was partly thrilled, and partly dumbfounded, because I knew that tickets would be really hard to get hold of. I got hold of mine through entirely legitimate means – the Radiohead (Waste) presale for the first two gigs, and via See Tickets (an official booking agency for the venue) for the second two. I was lucky, too – tickets went back on sale (after selling out within minutes the first time around) last week, which is when I grabbed mine for London nights 2 and 3. This was after persistently checking for weeks, and knowing how to ‘read’ a website when it tells you that tickets are ‘unavailable’ rather than ‘sold out’.

The London tickets were ridiculously hot, with prices advertised by touts in the thousands of pounds. The band tried to avoid this, and ID checks were really stringent in both Paris and London, but of course, by playing at small venues this is inevitable. There were plenty of ‘celebs’ present, which I also dislike – but I wish I had known that Kate Bush was there on Friday, I saw her in Oxford during her one and only tour in 1979, and spent much of my youth adoring her.

So that’s my Radiohead fill until September, when I’ll be seeing them at Berlin’s Lollapalooza. There are rumours that the band could play a secret set at Glastonbury this year, and I will certainly be looking out for them there, but I seriously doubt this – much more likely is that the band will headline Glastonbury in 2017, by which time I imagine they will have embarked on a much bigger tour, with stadium/arena sized venues.

I’ll be back to ‘hardcore’ gigging tomorrow (a public holiday in the UK) when I’m going to Slamdunk. This will be a moshy, sweaty affair, and as usual at such events, I’ll be floating around the minor stages watching small bands who are up and coming, as well as niche bands such as The King Blues, who I saw twice earlier this year and loved (they are also playing at Glastonbury).

After that, I will be saying goodbye to Black Sabbath at the Download Festival (alas, I have to miss Rammstein the night before).

And then it’s Glastonbury, which exhausts me just to think about.

Meanwhile, thankyou Radiohead, you gave me a week I will never – ever – forget.

Here they are playing us out on London Night 2 with the delicious Karma Police. Listen to the audience sing. Watching it back now genuinely does bring tears to my eyes …