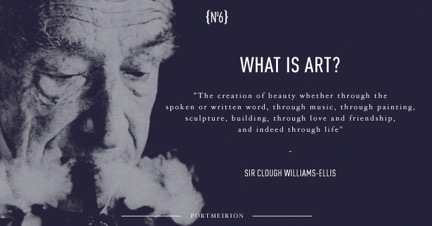 I have run into this question many times in my life. And I haven’t found a universally valid answer to it yet. I have been to exhibitions that made me go “wow, that’s amazing!” and I have seen others (like gallons of spilled stinky motoroil on the floor) that made me and probably always will make me go “WTF?!” Same thing when it comes to music – there are musicians that really get me and I consider them fantastic artists and others that make me wanna plug my ears and run away screaming. I have seen movies that touched me deeply and others that just made me shrug and wonder what they really are about although they have been showered with awards. 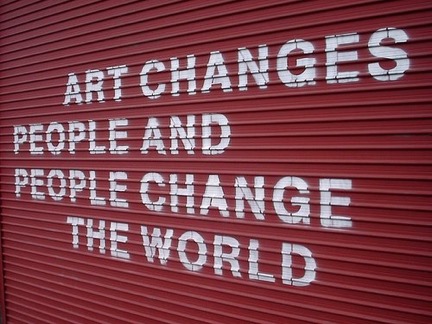 In German there is a saying: “Kunst kommt von können.” Basically it means that the word “art” derives from the word for “being capable of doing something, having the skills to do something”, the German word origin actually is like that. Some “operas” I have seen truly made me wonder what other capability than splashing some paint on a canvas or triggering the camera release the artist would have. And I am sure that there are a lot of so called “artists” out there who just have a good laugh at the people standing in awe in front of their works that they actually didn’t put any artistic thought or effort into at all. 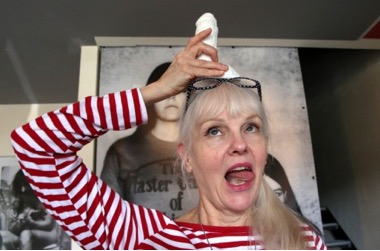 US artist Cynthia Albritton “Plaster Caster” with a plaster cast of Jimi Hendrix’ penis. Her exhibition “Penis Dimension” with 25 penis exhibits has been discussed quite controversal (uhm really wondering why?) 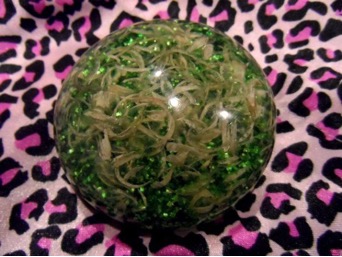 45-year-old Mike Drake has been doing something bizarre in the name of art for over a decade – he’s been collecting all his fingernail clippings, stuffing them in paperweights, and selling them for $300 to $500 a piece! (Yuck, seriously?!)

Like many other animal lovers, Dutch artist Bart Jansen found it hard to part with his pet cat, Orville, after he was hit by a car. So he decided to turn the dead feline into a unique piece of artwork called the Orvillecopter. (Alright, call the guys with the straitjacket!)

Yep, some things will definitely just make me flip the bird forever! Even if the artist’s name is Joseph Beuys and the “masterpieces” are worth millions: 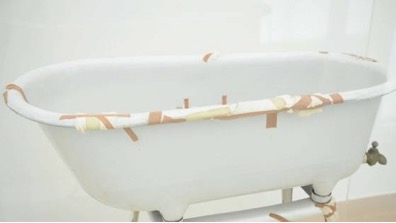 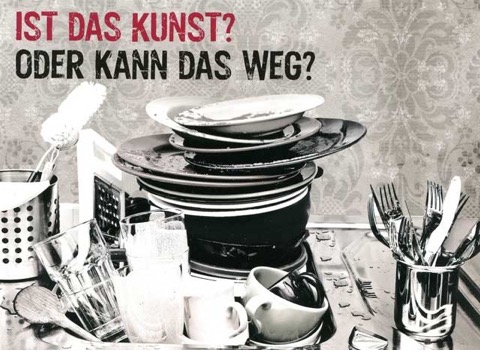 Is this art or can it be removed? 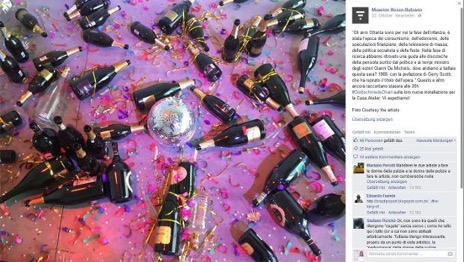 The cleaning staff removed this art installation in an Italian museum, thinking it was leftovers of a heavy party night.

On the other hand I am also sure that many artists have an approach that is just only entirely different from mine. A different way of thinking, a different way of looking at things, a different way of perception, a different way of expressing themselves. What seems to be easy to achieve for me may be a huge effort or great achievement for others. Some skills I have that seem to be just part of me or natural to me, others would love to have them (so I’ve been told) or they have to work hard to achieve them. Some things I look at as ordinary and uninspiring to other’s may be special enough to use them for an artwork.

The definition of art is something personal I think. What someone considers art is determined by their own capabilities, by their taste, by their sense of aesthetics and beauty, by their education, maybe even by their dreams, wishes, desires. Art like beauty for me is in the eye of the beholder.

So is art on Furillen. When I scroll through the Flickr group site and look at all the pictures and movies there, there are some that capture my eye instantly and others that make me think “yeah well, ok, another snapshot”. But I also have noticed that I change my way of looking at works once I get to know the people behind them.

So basically I think the main thing is to keep an open mind for everything ranging outside our usual horizon, and that goes for about anything in life. We don’t need to like it all but we should just give things the space they deserve.

Reminds me of the saying “Life begins at the end of your comfort zone” which surely has some truth in it. 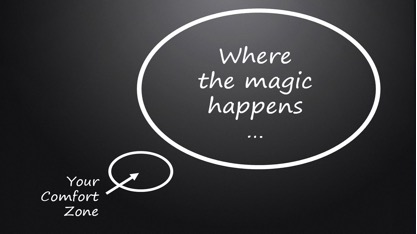 So – let’s keep the magic of Furillen alive and encourage and inspire each other! And I sure hope that “Bar Café Fabriken” will be a place where a lot of magic happens.