My entry for Round Three of the Competition. There is a story that goes along with the images. If you intend to read the text (which I hope you’ll do) I recommend you read each part in order. They are numbered one through six. Enjoy! 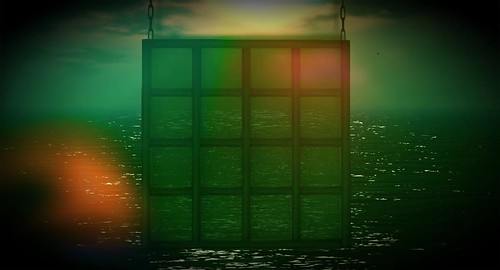 Eir is a Valkyrie of Asgard who dwells with Freya and her sister goddesses in Vingolf.

In October 2015 a previously unknown entity called “The Janitor” imagined into existence a virtual analog of the island of Furillen(1). This event occurred within a virtual world called Second Life(2). Within a week of that event the soul of a human girl who died on Furillen incarnated into the avatar of a visitor to the virtual Furellin in Second life (hereafter SL Furillen).

The girl, Lilly, died in 1361 in the aftermath of the Danish conquest of Gotland. Following her death, her soul become “stuck” in the etheric plane and was unable to embark on its journey through the afterlife.

Soon after SL Furillen opened an avatar named Blip Mumfuzz arrived for a visit. The moment Mumfuzz appeared Lilly’s soul incarnated into Mumfuzz’s virtual body (aka avatar). And there they both dwelt together — unbeknownst to Mumfuzz — until I separated the two and sent Lilly on her way.

Note 1: The Real World Island of Furillen has been under Asgard’s spiritual jurisdiction since the end of the Lemurian Age.

Note 2: A virtual world is a technology-mediated realm that exists between the physical and spiritual worlds. 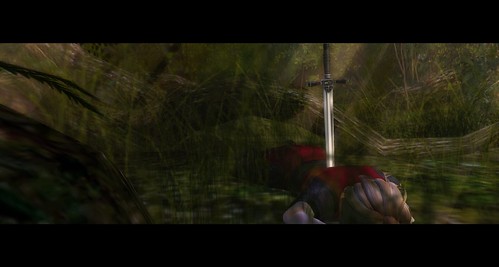 Then I woke up and remembered everything.

A message came to our village from Visby that said King Valdemar was going to attack Gotland. All the men and older boys went to fight, including my father and my brothers Aldi and Halldo. Before they left my father told me to protect our farm and my mother and younger sister and I promised I would.

We did what you always do…post lookouts. Keep smoke down. Make arrows. Then my uncle came back. He was hurt badly. An arrow went into his shoulder and couple of his fingers were gone. He said they had all gone to Masterby to get ready for battle. But the Danes attacked by surprise and nearly everyone was killed. A thousand Gotlanders were killed! I knew so many of them. He said King Valdemar himself led the attack!

He said everyone had to leave the village because Danish soldiers were marauding the countryside. So we fled to Furillen where we made a camp and hid in the forest. But after a few days they found us.

When they came into our camp they laughed when they saw us ready to fight. Then Merika put an arrow into one and they stopped laughing. It didn’t hurt him too bad because of his leather mail, and she wasn’t that strong. But when he tried to pull it out Britte killed him by putting a second arrow in his neck. Then they went crazy.

I tried my best. I truly did. A few got away but everybody else was taken or killed.

And that was that.” 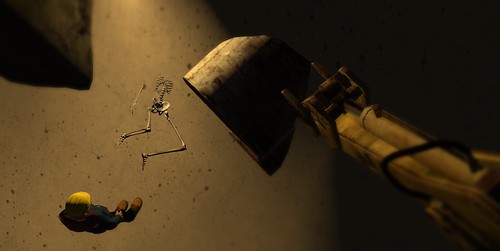 “I was a heavy equipment operator at the limestone quarry for forty-three years. You know…pit loaders, bucket loaders. The big haul trucks. I also was certified to operate the shipping loader. Then the air force came in and the quarries were closed. I was OK because I was close to retirement anyway. Felt bad for the younger guys.

We were constructing a multi-story building. I was on second shift, operating an excavator when I noticed something in the dirt and got out to take a look. It was part of a skeleton.

I notified the shift supervisor and he stopped work. A forensic team drove down from Visby and they said it was the skeleton of a girl and that it was really old. Then a team of scientists from the University in Stockholm came out to investigate and it turned out to be an important historical discovery.

I got my name in the paper! That hadn’t happened since the birth of my daughter…oh and that incident with…um…..never mind…what was your question?

What does Furillen mean to me? Well I never really thought about it before. It meant that I could support my family so I guess it means a lot.” 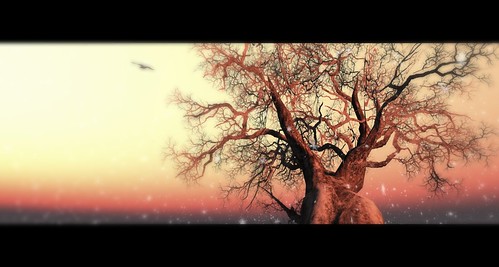 “I would sit on the bench under that wild windswept tree on top of one of the hills and look across the broad flat plain and beyond the plain to the sea. I would sit on that bench and remember.

Eventually I remembered everything. From the smallest details of my life–even what it felt like to be born–which no-one remembers when they are alive in a physical body. And I could also see things I never ever saw before…was not even capable of seeing before my body died. Like how the little people of the etheric plane shape and nurture all life. Or the powerful beings who move the continents and push up the mountains. I can see those things now…and so much more.

I still don’t remember very much about the time between when I died and when I woke up here with Blip. OMG Blip!!! I wish I could thank her!!!

I don’t have access to the UI so I can’t send her an IM or give her a notecard. I know! I’ll write a message in the snow. She won’t understand it…she probably won’t even see it. But I’ve learned that all actions, especially those performed with intent, make an impression and send ripples through all the many planes of existence…and we all feel those ripples even if we aren’t able to acknowledge them consciously.

What does Furillen mean to me? I will never forget the time I spent here in Second Life on Furillen. Its austere beauty. The sense of space and openness. Of place. After 700 hundred years of looking I finally found what I was looking for. That’s what it means.

OK…gotta go. A friend is going to help me get to the next place I have to go. I came in through a window. Hopefully I get to leave through a door! 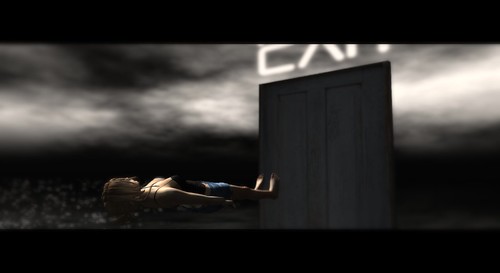 Excerpt from a workshop presentation delivered by Eir at the 2016 Real World Studies Conference held at the University of Asgard.

Q: When did you first become aware that Lilly’s soul had incarnated at Virtual Furillen?

After her physical death in 1361 she remained in the vicinity of Real World Furillen, but over time she drifted further and further away. Then in 1972, her remains were discovered at a construction dig on the island. When that happened she…her soul…was drawn back to Furillen. And as I discussed earlier, she was later drawn into Virtual Furillen and incarnated into Mumfuzz’s avatar.

Fast forward to October 2015. A report landed in my inbox about a lost soul. Normally this would have gone to Njorun, but she was out. I read it and decided to look into the matter…I am the Goddess of Healing after all!

When I arrived I immediately sensed that something unusual was happening–an avatar had continued its existence after its human being had “logged out”. There is no known instance where a Second Life avatar remained in-world after the Real World person had logged out…and it is, in reality, technically impossible, at least on that plane of existence. Nevertheless this is exactly what I sensed.

Specifically, the human entity behind Mumfuzz was gone, but the soul of Lilly remained embodied in Mumfuzz’s avatar. Lilly/Mumfuzz would wander the sim for hours…days, until Blip re-logged and Lilly would fade into the background.

Q: Would you describe how you separated Lilly from Mumfuzz?

That turned out to be surprisingly easy and was all about timing. In Second Life, when the animating entity withdraws to the Real World, there is a moment when the avatar is still present in-world but is no longer occupied by that consciousness. In that moment, before the viewer program closed completely, I simply reached in, grabbed Lilly under her arms, and pulled her out.

Let me conclude by saying that there is layer upon layer of meaning at work here. Meaning related to place, actions taken, actions not taken, meaning in the various convergences…you know the list. We’re all immortal Gods and Goddesses…meaning is the currency of our spiritual economy. Anyway…I’m being told we’ve run out of time. Thank you!

Oh…can you all please fill out the workshop evaluation form? They are on the table by the door. Thanks. 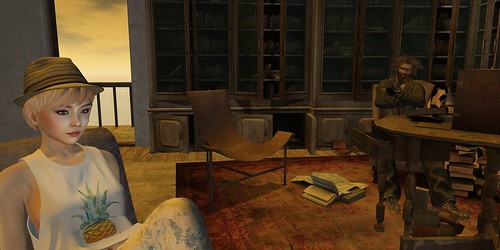 “You expect me to believe that? The soul of a person who had been dead 700 years? You better believe if someone was inside my head I’d know about it. Jeez. Where do they come up with this crap?

What about you Janitor. You’re looking very serious over there. Do you believe it?

What does Furillen mean to me? It means I got to meet and hang out with The Janitor! How cool is that?

Hey. Can I bum a cigarette? Thanks!

As I write this the snow has melted and a warm spring rain falls over Furillen.

First, I would like thank Serene Footman for his beautiful creation. Furillen has become a magnet for photographers from all across the grid and is a place many of us return to again and again to think and reflect, meet old and new friends, and sometimes, to dance our asses off. I’d would also like to thank him for encouraging me with my creative endeavors. It was he who first suggested I add text to my images, and for better or worse I have done just that.

Second, I’d like to thank Eir, that awe-inspiring Goddess who appeared to me in a dream and told me about Lilly and my part in freeing her after all those lost and lonely centuries. I did not so much write this tale as transcribe it. She also promised to personally escort me through the door when my time comes to cross that threshold (though I have to say I’m in no hurry!).

Finally, and most of all, I’d like to thank Lilly, that beautiful sweet soul whose bravery and sacrifice helped at least a few of her fellow Gotlanders to escape and survive those terrible events of so long ago. I feel her presence within me even now and can’t wait to finally meet her and sit together, in spirit, on that bench under the crazy tree with a view across the broad plain to the sea.

2 Replies to “The Meaning of Furillen: A Fairy Tale Told in Images and Text”