Just a few updates after a distinctly weird, tiring and busy week.

First, after the bold announcements about our video screen yesterday the reviews are somewhat mixed. For some people it plays right away, for others it feels like pulling teeth.

Rin – who is even more Super Rinnuendo in my eyes, as result of this – has been tearing her hair out with finding solutions, and we are still trying to work through the issues. For now, the ability to choose has been taken away, it will play one video at a time, following that well-known principle …

In the end, this may be as far as we can take it. Video will play for most people most of the time, on both Mac & PC. Whether this justifies laying on a machinima event – which was the main reason for all this effort – I am not sure.

So anyway … if you struggle, keep on toggling away at your viewer video button, as well as the controls just above the screen – the home and reload buttons, especially.

SL never was an elegant technology … 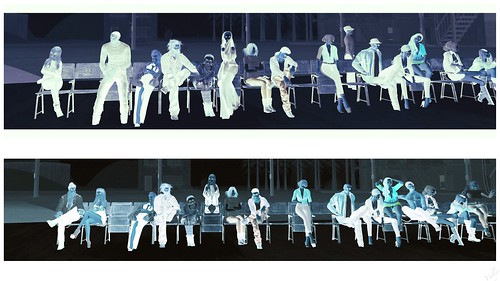 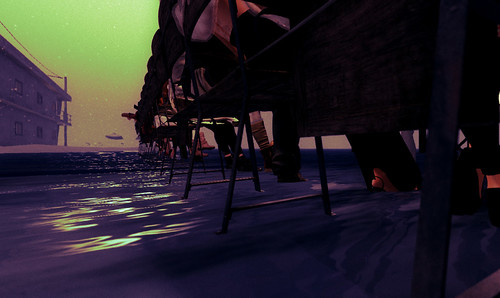 Second, Round 2 of the competition closed yesterday. We had some great entries, and the usual procedures now apply: there is a new Round 2 group to simplify voting (so everything in the group is eligible), so you need to nominate which picture (if you posted several) you want included in the vote.

If you don’t see your picture in this group – contact me urgently. It’s invitation only, to avoid stray pictures. You will also need to join the group in order to see every picture because …

… only entrants get to vote. And you get TWO votes each. Vote by notecard or flickrmessage. You can try voting through IM, but mine get capped so it’s a risky method.

Third, and relatedly, you nice people need to tell me whether we are going on with this competition thing or not. I enjoy seeing the pictures around a particular theme, and find the outcome intriguing.

But really, if it feels old already, let’s move on. For me it’s work, so I am not jumping up and down for it to run on and on. I don’t have a competition fetish.

If you read this and see me around this weekend, just let me have your thoughts please. I’m seriously in two minds about this.

But don’t suggest a competition that lasts a few months or something – I’ve been in SL long enough to know how time works here. Letting things drag on is how stuff dies in this world.

Fourth, we have some great events coming up, with a new art show being planned with an artist whose work I admire hugely – which will involve some innovative displays – and another under discussion with someone whose pictures I have admired for a very long time.

So let’s end there. I wish you all a very good, creative and/or just downright lazy weekend.

2 Replies to “latest news from Furillen”