In a recent entry I floated the idea of guest posts on this blog. Here is the first one, by blipmumfuzz, who has provided a narrative in words and pictures called ‘Furillen Crime Scene’.

How this post came about is a typical Furillen story. I noticed blipmumfuzz – whom I had never met before – at Furillen using unusual poses (and outfits) in her pictures and checked out her flickr stream. What I found there, particularly in relation to Furillen, reminded me of a travelogue.

Then I spoke to her. She told me that she liked to make pictures that told stories. I suggested she could ramp it up a bit, by adding words to the pictures and making a ‘complete’ story … and then post it here.

What she went on to produce is a wonderful, witty and wacky example of the unusual stories people project on to the Furillen canvas – and of how to combine pictures with words.

Hope you enjoy it as much as I did … 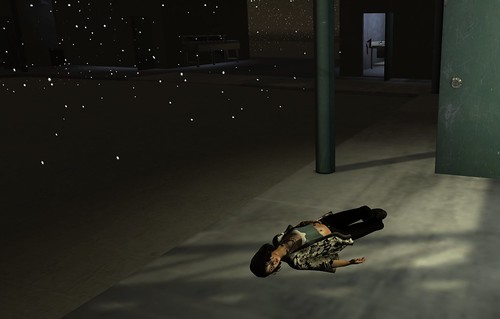 Colonel Thea Mandal-Rojas. Murdered by an unknown assassin. Colonel Rojas was on Furillen ostensibly for a holiday. But given her senior position within the Alliance of Southern Cartels’ intelligence services there is speculation that she was here to meet with opposition leaders who oppose the EU’s aggressive and blatant push for a piece of the lucrative Central American coca trade.

This was a professional job. The perpetrator left no evidence of any kind. We speculate that he/she arrived on the 11:45 ferry from Peaton. The body on the roof of the Ferry Terminal belongs to a maintenance worker. The body of an unidentified female was found on the pier. A third body, also female, was found washed up on the beach behind the hotel. At this time we are treating all these cases as the work of the individual responsible for Colonel Rojas’ murder.

“My father and my grandfather were both ferry pilots. And now look at me…the first female ferry pilot to make the 10-hour run from Nynashamn!

That business last month. They say the person who killed all those people probably came over on MY ferry! All the passengers were later accounted for and cleared by the police. And we did a thorough stowaway check before departing, as we always do per procedures.

That poor girl Lilly from maintenance. Very pretty blond girl. She always waved from the dock when the ferry arrived.

I surely hope they catch the person who did it.”

“Hey Mats. Do you think this could be connected to the murder of that Alliance Colonel over at the hotel?

“Captain said within an hour military is gong to be all over this island…plus state, federal, the EU…

“When did he say that?

“Before he sent us out here.”

“That was two hours ago.

“Yeah well what about those two black helicopters parked by the hotel? And those fast boats been circling the island with no lights on?”

“Who is gong to rob someone and leave a suitcase full of cash behind!”

“This ain’t a James Bond movie…and who said there was a suitcase full of cash?”

“The night manager who found the colonel. But then the black helicopters arrived and since then its been total information blackout. They’re saying that the killer was a passenger on the ferry.”

“Forensics have an ID on the girl yet?”

“No. But they think its one of the ferry company’s maintenance staff.”

“Whoever she is she was in the wrong place at the wrong time.”

“No doubt about that.” 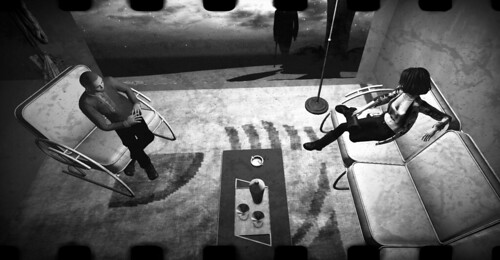 Sir, we have a positive ID on the male. His name is Bernard Chatenet.

He’s worked for several political and criminal organizations including the FRG during the period it was actively opposing President La Pen’s candidacy. He’s also a Catholic priest with close ties to the Vatican’s intelligence service and military directorate.

He’s a behind the scenes operator. Rarely surfaces. The last time he popped up was three years ago in Reykjavik during the incident involving…

Yes. He was in Houston a few weeks before the US government ceded Texas to the Cartels.

SIAC has turned up nothing on what he was doing there. Neither has the CIA.

No, nothing at all.

Yes…I mean no, it’s not likely he’s a Rockets fan. Sorry Sir, I didn’t get the joke.

I haven’t a clue why he is in Furillen meeting with a senior member of the Alliance of Southern Cartel’s intelligence services.

That’s the manager getting up to pee.

The cat in the laundry room.

Today was her first day at school. She’ll like the pink hat I got her in Stockholm.

This photograph was taken in Colonel Thea Mandal-Rojas’ hotel room shortly after the Gotland police arrived at the scene. The suitcase contains an estimated 500K in US dollars. The fact that the individual who killed Colonel Rojas did not take any of the money strongly suggests that robbery was not a motive

So why would Colonel Rojas, a senior officer in the Cartels’ intelligence operations, who was in Furillen on holiday have such a large amount of cash in a suitcase in her hotel room?

Our theory is that she got the money from Alexander Chatenet who she met with at the hotel several hours before she was assassinated.

We believe Chatenet is working for the Vatican and that the money was an advance payment for the Colonel’s support in influencing her brother Alberto Rojas, the dissident Cardinal of the Archdiocese of New York and its new mayor.

With the Archdiocese firmly in control of the City Council, the Unions, and every other locus of power in the City, and with New York on the verge of breaking away from the United States, the Vatican desperately wants to bring Cardinal Rojas back into the fold.

For the Cartels, who are now in possession of Texas with its oil fields and vast refinery infrastructure, the last thing they want is for New York to secede just as they’ve solidified their grip on the United States Government, which has, in effect, become a Cartel client state. 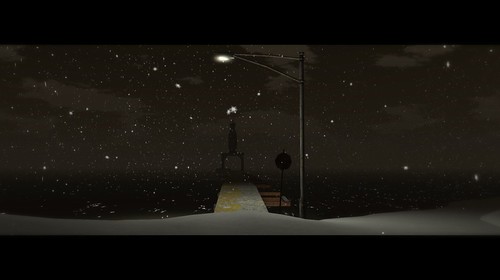 The question is, were the Cartels aware of Colonel Rojas’ business in Furillen, or was she acting “independently”?

We do not know that answer to that question.

The Swedish government, the EU, Interpol, and everybody else have issued APBs for Chatenet. If we can find him we expect he can shed some light on the matter. That said we are not confident that he will be found. In fact, we do not believe he left the island alive.

The assassin has disappeared without a trace.