“The meaning of Furillen”

While we’re handing out the plaudits, I wanted to draw attention to the fact that Carolyn’s wonderful machinima from Furillen was featured in Flickr’s Explore recently. Current number of views – 10,349 !!

Carolyn had to cut the video in order to post it on Flickr, so I am sure she will be happy if I tell you that the full version can be viewed right here on Vimeo.

Congratulations to Carolyn – what a buzz !! 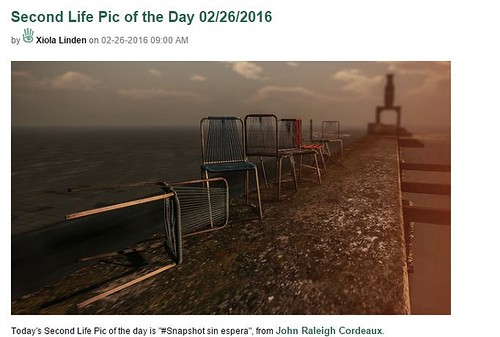 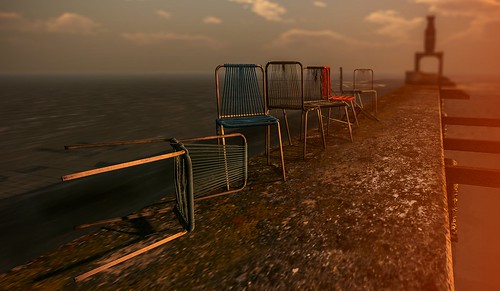 Huge congratulations to John – another one of his pictures made our very own picture of the day just recently, and it’s great to see a Furillen picture being featured on the Second Life website in this way. 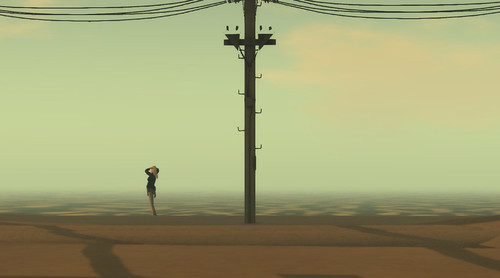 “Song to the siren” 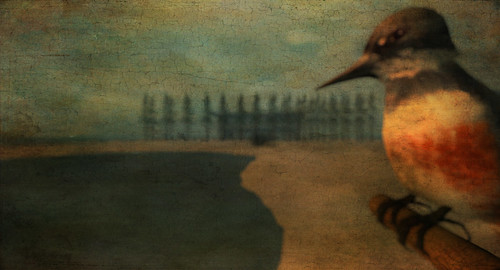 The Kingfisher perches. He studies.

Escaped from the jeweller’s opium
X-rays the river’s toppling
Tangle of glooms.

He has left his needle buried in your ear.

Oafish oaks, kneeling, bend over
Dragging with their reflections
For the sunken stones. The Kingfisher
Erupts through the mirror, beak full of ingots,

Leaves a rainbow splinter sticking in your eye.

Through him, God, whizzing in the sun,
Glimpses the angler.

Through him, God
Marries a pit
Of fishy mire.

And look! He’s
—gone again.
Spark, sapphire, refracted
From beyond water
Shivering the spine of the river. 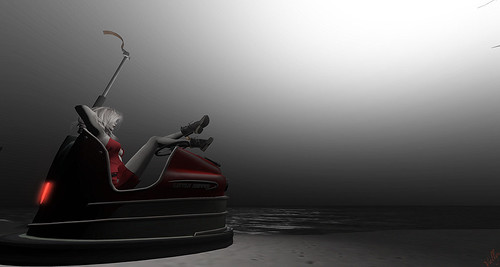 “Are You Ready for Bump Party ?”

… nothing major, just a few tunes on auto deejay and some really bad costumes, such as these …

The best ones will be posted here.

There are a few days left before the deadline – Friday 4 March at midday SLT – in this competition round. To remind you, the idea was to put together an album about Furillen. This could contain just a few pictures, or you could use additional media such as video.

The brief was to convey what Furillen represents to you: from a place to sit around and think during your quieter moments on the grid, through somewhere in Second Life you feel is a ‘home’ spot, to … whatever you might think about the place. This could also include reference to the real Furillen – but of course, this isn’t compulsory!

The reason for asking you for an album was simple. Many people were submitting several pictures in previous competition rounds and finding it difficult to choose. So this is a logical extension of being able to submit several pictures. Just put them into an album on your flickr stream and give them a title – that’s all you have to do.

I won’t organize a vote this time around because the entries are likely to be quite uneven. Instead, I’ll ask one or two people who are separate from the Furillen crowd to cast an eye and give their view, and come up with a ‘winner’.

But what I hope for every time we have a competition – and this time is no different – is that the taking part matters more than the outcome. You all love taking pictures, after all …

All of which got me thinking about what I would do for a competition like this. What does Furillen ‘represent’ to me? Well, this has changed over the few short months of the sim’s existence. What started out simply as a challenge to ‘make’ a sim that – in material terms – looked a bit like the real Furillen and was inspired by articles like this, mutated into a more committed attempt to create a sim with a social, artistic and creative life of its own.

The flickr group, the music stream, the competition, the events, this blog … all are designed to support that project. I enjoy it all – from the people I have met at the sim, to the things I have learned while preparing for events or making things happen, to the occasional – usually completely silly – jealousies and controversies that come up there.

But in the end, life itself – ‘real’ life – is far bigger and more important to all of us. We can shrug our shoulders and smile indifferently at the grid’s stupidities – its pettiness, its jumped-up little artistic revolutionaries and faux celebrities …

… because life itself provides a far greater context than anything the grid might throw in our direction.

By far the most interesting conversations I have had with people who visit the sim take place against this much bigger backdrop.

This, in a nutshell, is what Furillen means to me.

And yes, of course … I know you didn’t read any of this … 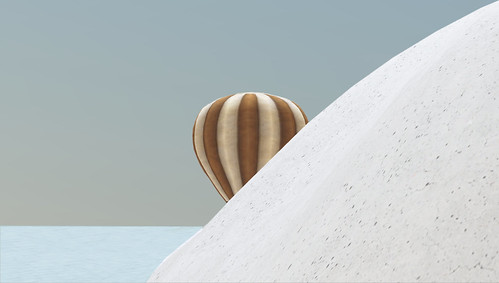 With just two weeks to go before the Furillen Radiohead weekend …

… I thought that some of you might benefit from a bit of inspiration.

So I put together some links for you to browse.

Right here is series of ‘geeky facts’ about the band, put together by NME just before the last Radiohead album – The King of Limbs – was released in 2011.

One of my favourites on that list is the review of Kid A by Mark Beaumont in Melody Maker. Giving the album 1.5 out of 5, Beaumont called it

I think we’re meant to snark up on Mark with the benefit of hindsight and tell him what a crap critic he is.

… and Kid A most certainly is.

So … nice one Mr Beaumont, you really nailed it.

For slavish Radiohead watchers, I guess the reddit is as good as it gets.

As you might expect, the Radiohead reddit is rife with speculation about the new album release date – but you’ll find lots of other ‘interesting’ threads there too, such as Need Puppy Names for a Yorkie puppy (ya know, because of Thom Yorke).

On that last one, I am so tempted to suggest they call that puppy ‘my owner is really weird’ …

For those of you who, like me, admire Radiohead’s album artwork, you might enjoy this piece, in which the artist responsible for it – Stanley Donwood, aka Dan Rickwood – talks about what he did.

I was particularly struck by what Donwood said about the difference between Kid A and Amnesiac:

Kid A was for me a fucked up phone call whereas Amnesiac felt more like someone had left a really, really long answerphone message.

I don’t know what he means, either … but that doesn’t stop me from liking it. And just look at the Amnesiac cover …

… so, Stanley … your bullshit is forgiven.

On the opposite end of the bullshit spectrum, here is Thom Yorke in a 2006 interview, telling us that he feels hypocritical playing large stadium gigs because of their environmental impact.

Asked how this conflict can be resolved, he says …

Thank you Thom. For everything.

And especially for that.

Finally – for now, at least – here is something for those of you who dislike Radiohead … although I seriously doubt that you scrolled this far down if you do.

This is what an especially charming Radioheadphobe had to say about Thom Yorke:

He’s just a strange little British man who dances like a spider monkey.

But – really – who on earth would want to argue with that …

A happy weekend to all!