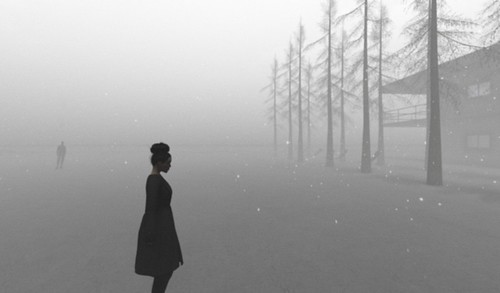 “somewhere in the distance”

For the perfect flâneur, it is an immense joy to set up house in the heart of the multitude, amid the ebb and flow. – Charles Baudelaire

What does it take to be a flâneur in Second Life? To wander amidst people as one might saunter through a city?

Several times I have mentioned network effects on the grid – the way that people attract people. A crowded sim gets more crowded, even if it’s not a very pleasant place to be.

And an empty sim usually stays that way. People who land often move on quickly if they find that nobody else is around.

As I said in another post, many of us prefer being together, even when we want to be alone.

When I first joined Second Life, camping chairs were one way of dealing with this. You could sit and earn money, as time served. Tiny amounts.

If you checked traffic for a sim and it seemed busy, you might arrive only to find nothing but campers.

I am not sure exactly what happened to camping chairs, but I’m glad they went away. Bots seem to be the issue now.

Speaking personally, I never found it difficult to bump into people in Second Life. We all know where the populated spots are. Bars, beaches, and stores.

My issue has been about running into unusual people – the very people, in fact, who tend to avoid populated spots. Even by hopping around the grid all day, the odds of finding them are pretty low.

Or at least it seems that way.

In any case, the whole point of being a flâneur was to wander slowly through a crowd, not hop from crowd to crowd.

Nothing epitomises this better than Walter Benjamin’s remark …

… around 1840 it was briefly fashionable to take turtles for a walk in the arcades. The flâneurs liked to have the turtles set the pace for them.

Flâneurie and teleporting hardly go together …

These days I rarely stray far from Furillen. But interestingly, by staying put I have experienced a far busier, and infinitely more varied and interesting, grid than I did when I moved around all of the time. 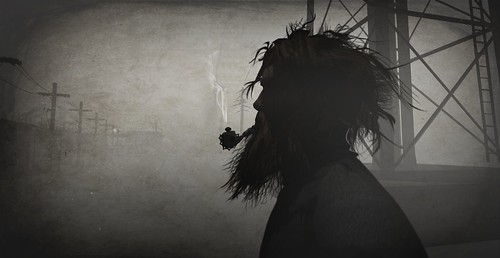 Not that people move through Furillen all that quickly. If listeners to the music stream are anything to go by, the average stay is around thirty minutes, while one in ten visitors stay for more than an hour.

But it is quality, not quantity, that really matters in this respect. 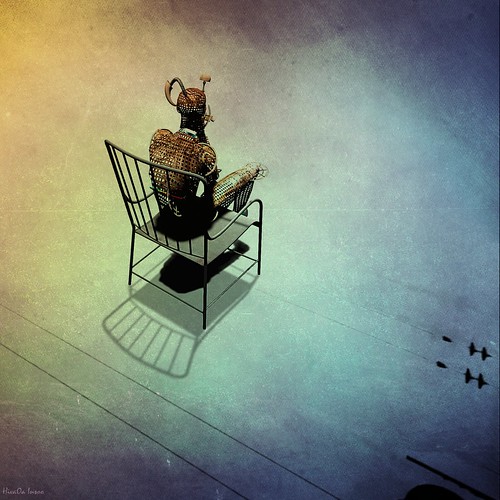 While being featured in the Second Life Destination Guide has given the sim its fair share of noobs and passers by, by far the greatest selection of visitors to Furillen are some of the most interesting avatars one could hope to see. 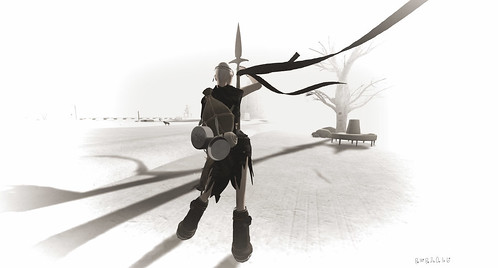 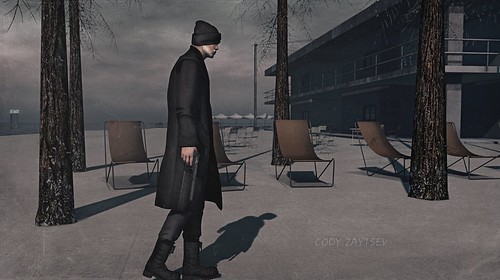 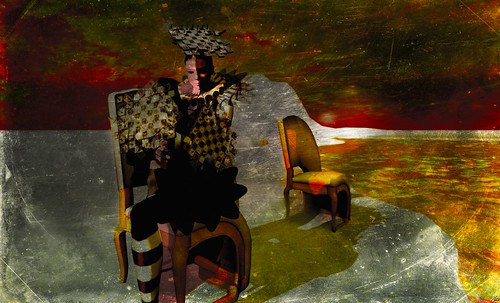 It isn’t easy to be a flâneur in Second Life.

Unless you find a place to stand … 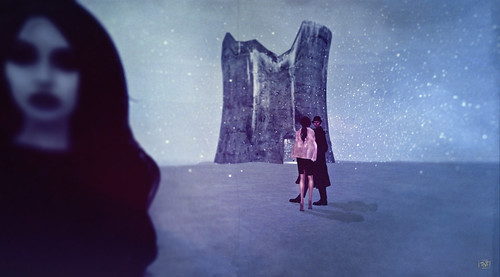 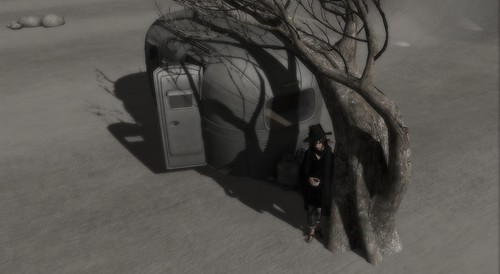 by Boo no† Blessed

It snows constantly at Furillen. 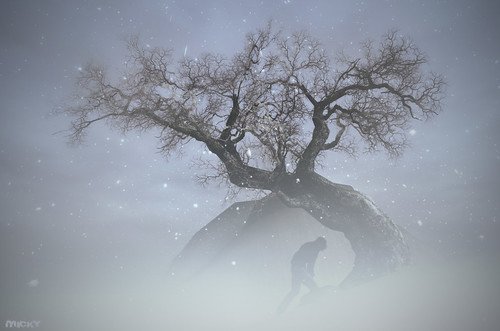 Most visitors seem to enjoy it. There is something about the softness of snow, and the delicate way that it falls at the sim, which creates a certain mood. 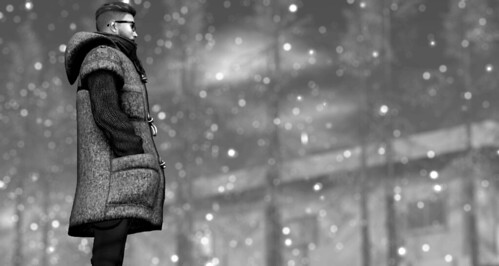 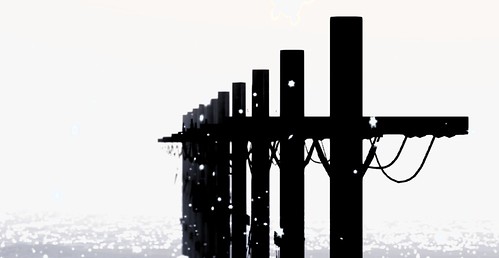 Not everyone loves it, of course. Some photographers – including me, sometimes – do everything they can to derender the stuff (to do this: disable alpha in advanced tools, not particles).

The snow is also a nuisance when editing and moving objects, because your mouse keeps picking up the snow emitters, which are everywhere.

We are just beginning to see some snow in the UK after an uncomfortably warm winter so far. As always, I am sure that we will fail to cope with it.

So this might be a strange time to ask, but I have been wondering …

… should the snow stop falling in March?

… should Furillen have seasons?

Your thoughts, as always, are welcome. 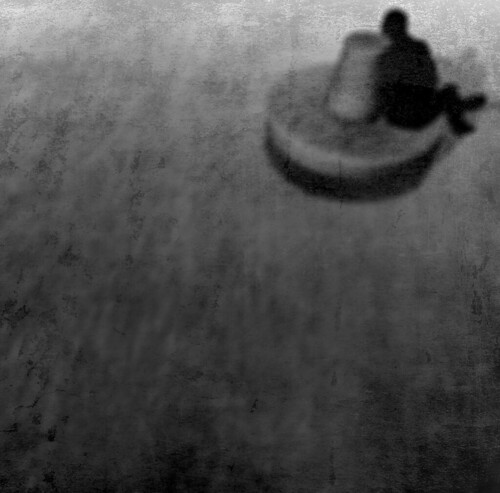 I enjoyed giving an interview to Kate Bergdorf in The Virtual Review recently, in which I emphasised how important it was to keep a Second Life sim like Furillen active and moving forward.

This is an effort that takes place on several fronts: from being around at the sim for questions, to making regular changes  and improvements, through things like the Flickr groups and competition, the music, and even this blog.

First, as I have said on a few occasions, I hope to install more unique builds at the sim, which replicate those that can be found at the real Furillen. This is in collaboration with KT Syakumi, who built the wonderful pier.

Plans are still in the early stages, but I hope these pictures give you a taste of where this might lead.

Second, preparations are underway for an art event with a difference which, if it works, will herald more to come.

I will announce this event on Friday. I won’t give details just yet – but clear some space in your diary for the weekend of 30-31 January 2016.

You won’t want to miss it.

This picture was the runner up in the first round of the Furillen Photography Competition.

It is an extraordinary image, which clearly moved many of you who voted for it. One person commented that it ‘grabs you by the throat’.

For me, the picture captures the theme – solitude – very powerfully indeed. I sense a great deal of emotion in it. It speaks not only of solitude, but of isolation.

The sense of space here, and the mood conveyed through the sky, are stunning.

When I contacted Oyo about the picture, she described the image as a “cry in a huge silence, a way to express the inaudible. I think we are many in this case, perhaps almost all of us”.

This did, I must confess, leave me speechless.

So our first competition reached its conclusion yesterday. We have a wonderful winner.

Congratulations to Wilberforce Buckshot for producing such an eye-catching picture. I think it really gets to grips with the theme of ‘solitude’. 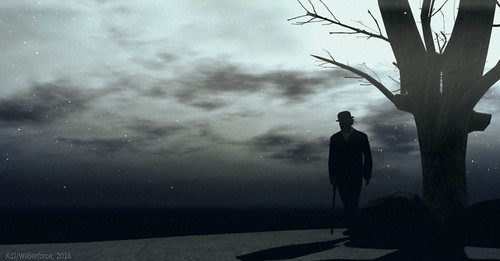 I love the discursive title, “Loneliness is the poverty of self; solitude is the richness of self”. It is a quotation from May Sarton’s memoir, Journal of a Solitude.

To me, this line draws the viewer right into the competition theme, and I believe that it was this close correspondence between theme and picture that many of you wanted to see in the winner.

But even without this title, there is something hugely evocative in the image of this elegant man, silhouetted against the Furillen sky.

This picture is quite clearly a ‘Furillen picture’.

Minimalist. Powerful in its use of space and light.

And as I am sure everyone will agree, this is not simply an artist to reckon with, but a splendid avatar, too. 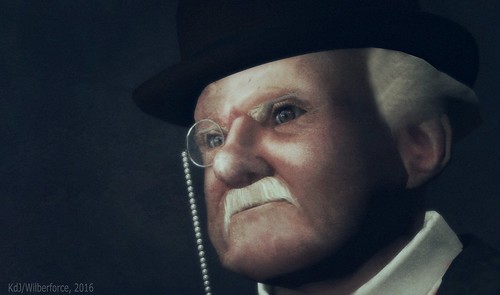 There is an additional, very touching aspect to all of this. When I told Wilberforce the news, I discovered that he is marrying his Second Life partner, Gidgy Buckshot – marrying in real life, I hasten to add – on Tuesday of this week.

I wish them both great happiness.

Wilberforce has produced an incredible run of great pictures from Furillen. As someone commented on one of them, he really seems to bring the place to life.

Here are some examples of his Furillen work: 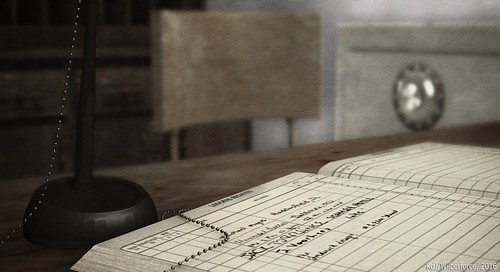 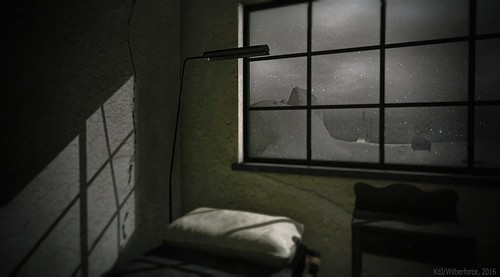 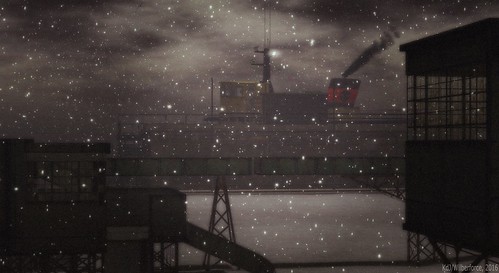 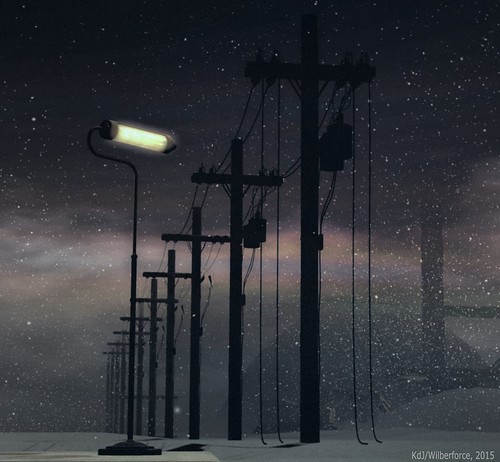 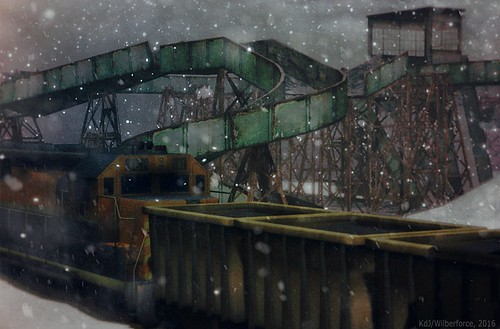 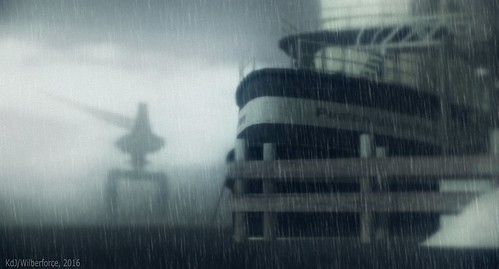 But I could – and would – say the same thing for so many of the people who entered. And I look forward to doing so …

This contest was, I must say, a close run thing. There were many strong pictures in the pool, and this was reflected in the voting.

Every one of you who voted thought about this hard. You had good reasons for choosing the picture you voted for; reasons that you often stated to me when you voted.

I was struck – and really impressed – by the thoughtfulness, generosity and sincerity of your reasons.

I will be featuring some of the other great pictures from the competition pool in the picture of the day slot this week – starting with the runner up, which I will post later today.

True to competition rules, Wilberforce’s picture will be displayed on the sim for the next two weeks.

And he has nominated our next theme: “cold”

Many of those who took part in this round said that they didn’t usually like competitions, but this one seemed a bit different.

It wasn’t about the prize, it was about the process – the taking part, the sharing of perspectives on a theme, the fascination of seeing what others came up with.

So thank you, everyone who took part, for proving that it really is possible to have – for want of a better term – a ‘non-competitive competition’.

The next round starts now. Same procedure as before. It ends on Friday 5 February at midday SLT.

“Loneliness is the poverty of self; solitude is the richness of self.”