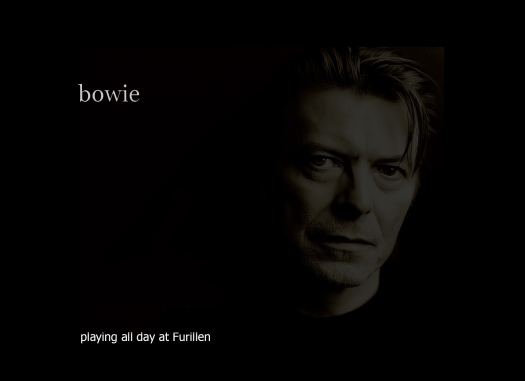 Yesterday was Bowie day at Furillen. I streamed the following albums:

I will let the stream play on today, before reverting to the usual ambient music.

I had a fascinating time going through Bowie’s catalogue: the incredibly productive period in the 1970s, of course, but also some real gems from later on. Even supposed duds like Outside (1995) contain some great music.

As for Blackstar – the man’s style, in passing, leaves me speechless.

I also recommend this video, which is of David singing ‘Heroes’ at my favourite festival, Glastonbury, in 2000.

3 Replies to “the man who fell to earth”