Besides the long pier, the airstream stands out as a symbol of the real Furillen. Its position is evocative: standing besides that solitary tree, set against the rough concrete of the slag heap next to it. The airstream points out to sea, giving a view on to the pier that must create a wonderful feeling of space, in contrast to the cramped conditions inside. Here is ethereal beauty juxtaposed with brutal industrialism – the very core of what Furillen represents in my eyes.

Like Furillen’s chairs, part of me wishes that this had been all my idea, a product of Footman’s imagination and flair. The potential for the airstream to be played off against different kinds of light, its capacity for sheer moodiness, would be a characteristic move of a sim designer in Second Life.

… knowing that there is a real airstream situated at the real Furillen, that you can go and photograph it for yourself, and that you can even rent it for your vacation – these things, for me, make the scene even more evocative and powerful, even more captivating, than if it was just a virtual creation.

Having said that, the Second Life version adds a touch of the surreal that arguably only we can achieve. 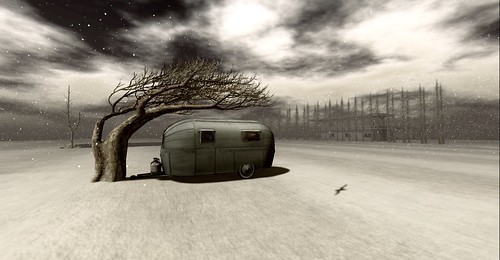 It is this constant interplay and tension between the virtual and real Furillen that has made the process of building and developing the sim so fascinating. 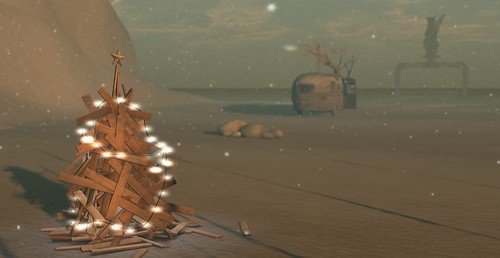 As the pictures here will testify, I took some liberties with the virtual version of Furillen, using a tree whose wind-battered appearance fits the airstream itself perfectly, and placing it to the right rather than left of the pier. 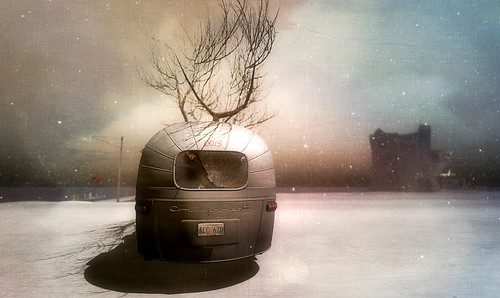 It is a special place; visitors to the sim spend hours sitting inside it or taking pictures of it; it is often the first thing you see when you arrive at the sim.

To many visitors – and perhaps even to me – the airstream is Furillen. 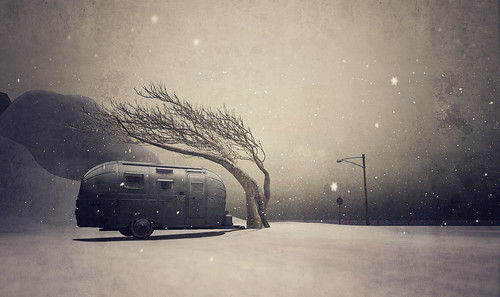 2 Replies to “the airstream”